NextTo Go Where Two Men Have Gone Before
Culture War 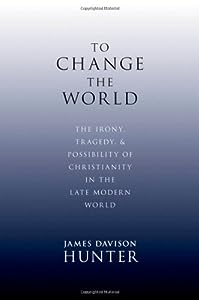 Evangelicals are Still Trying to Figure this Out

I’ve been going on about “non-culture war” conservatism over the past two weeks, attempting to delineate its characteristic shape over and against some of its rivals.

It’s possible that the position is substantively no different than that held by the previous generation of the Christian right, at least once we get beyond the media narratives.  I’m not opposed to the thesis and have defended, as much as able, the Christian right against their critics in the past.

But the exercise has still been valuable for me, as it has helped me clarify for myself how I tend to think about my own public engagement.  Calling a “Non-culture war conservatism” is something of a misnomer, of course, but its a way of carving out the differences between this and the approach that has characterized the excesses of the Christian right’s politics that I’m going to continue to run with.

Qualifications aside, here are four moves that are important for buttressing Christian political engagement.

1)  Recover a robust doctrine of creation that is isn’t afraid to be doctrinal.

The debates over creation, evolution, and the Bible are of massive importance.  But evangelicals have sometimes allowed the question of how God created to dominate their doctrine of creation, rather than attending to how God’s ongoing relationship to the world as Creator should shape our understanding of the world here and now, and how the world’s status as creation endows it with a unique dignity that endures despite the fall.

The need for a more robust doctrine of creation isn’t news—James Davison Hunter opens To Change the World with the point—but if you find yourself tempted to reduce questions of the church’s witness to party alliances it’s not a bad place to start.  For one, it helps explain why abortion should be prioritized for the church’s witness, but buttresses the metaphyiscal arguments that are used in public with a specifically theological case.  Such an approach helps us see the issue in theological terms, which gives us greater confidence to speak in public about it and see the necessary shallowness of those party affiliations in light of those doctrinal commitments.

One more point:  a richer doctrine of creation would also cut against the voluntarism that is rampant in evangelicalism and that proves such fertile soil for the pursuit of political power.  As long as voluntarism is the order of the day, which I take to be a formulation of the Christian’s ethical task that prioritizes the will over reason, then our efforts to translate the teachings of Scripture into secular discourse will be frustrated.  There is, for instance, an answer to the question about why God would prohibit extra-marital sex.  Saying “because it’s in the Bible” isn’t an answer, at least not one that illuminates the nature of sex or why it might be wrong outside of marriage.  But the loose and badly formed voluntarism of much of evangelicalism frustrates these efforts, treating the attempt either as sowing the seeds to rationalize not obeying or as a legalistic attempt to say what the Bible doesn’t about the world.

That voluntarist conception of ethics is, I think, partly why evangelicalism has been so susceptible to using political power and legislation for its ends (which, surprise, did not start in the 1980s).  If we’ve been told the right path (and we have) and the question is solely one of obedience or disobedience, rather than also a question of moral deliberation about the reasons for those particular commandments, then our political engagement must invariably be reduced to either using the Bible badly in public discourse or simply pursuing power to bring about the ends that we discern are in Scripture.  Or, as is more likely, both.

2)  Emphasize the moral imagination and attempt to construct arguments that both appeal to and buttress it.

The debates over when life begins are critical and helpful for clarifying the nature of the atrocity that abortion is.  But movies like Juno and Knocked Up, both pro-life in their own ways, appeal to intuitions that run just as deep:  the intrinsic nobility and goodness of parents who make deep personal sacrifices in order to bring a child into the world.

In short, it is not sufficient to argue that the positions that conservatives hold happen to be true, though they very often are.  We must set about demonstrating their intrinsic beauty and goodness.  I say demonstrate, and not describe, as the latter is helpful but doesn’t quite go far enough.  Friday Night Lights has done more for marriage in America than people will ever know.  This group was a good start, but the failure of it to draw traction is not a hopeful sign.

3)  Remember that the church does not simply engage the culture, including politics, but is a culture and so has her own political order.

The Hauerwasian school has made the language of “counter-polis” popular, but one need not be an Anabaptist or a Hauerwasian to affirm it.  As long as we fail to recognize that the church is its own culture, with its own symbols, ways of speaking, and manners of formation, then the evangelical political witness will continue to suffer as we will not be experiencing the proper formation that we need to engage within the world without being co-opted by it.

Somewhat paradoxically, this might mean bringing Christian political engagement back into the local church as part of her witness, rather than outsourcing it to parachurch organizations.

4)  Reframe American exceptionalism around America’s responsibilities rather rather than its virtues.

I owe the point to Ross Douthat’s new book Bad Religion, where he points out that John Winthrop’s famous “city on a hill” line was something of a warning that if America failed to do well than America would be judged accordingly. Douthat expands the thought, pointing out that in Lincoln’s Second Inaugural he “invokes providentialism to explain a chastisement, rather than to boast of America’s particular virtue or celebrate its particular mission in the world.” A political version of the via negativa, if you will, where excpetionalism is invoked to caution America from going wrong.

There are other ways through, no doubt, and other principles we could doubtlessly add in. But for my own sake, realizing the above four has helped me cut a way through political engagement that doesn’t strike me as quite the same as the Christian right’s general approach even if it often ends up in the same place.