The Evangelical War on Contraception

If you haven’t heard, evangelicals are currently campaigning against contraception.

Oh, you haven’t? Well, I can’t blame you. After all, it was only two years ago when a evangelical theologian seriously proposed that churches should give out contraception to single Christians because that supposedly reduces abortions and evangelical attendees responded with a collective, “Um, sure, why not?!”

But since then, we’ve all followed along as Hobby Lobby and others have sued the government for imposing requirements that they include certain drugs in their insurance plans that Hobby Lobby contests have an abortifacient effect. The case is fundamentally about the religious liberties of corporations and their owners, but I suppose we can all be forgiven for overlooking that since the trouble is the “HHS contraception mandate.” Look, the name! They’re objecting! War on contraception! See how easy this whole business is?

Now, I have to confess to feeling the tiniest bit of cheer at the news that evangelicals are thinking hard about contraception, even if the evidence for it is a tad thin. If all of these confusions prompt a more serious and sober evaluation of its use, then so much the better.

But such evaluation needs to happen on different, more properly moral terms than the pragmatic and consequentialist modes of reasoning that are endemic within the evangelical world. We ought to think about what contraception is and what it does within a marriage, what sort of mindset and form of life it engenders, what type of commitments are embedded within the practice and within the communities where it prevails.

Even if particular forms of contraception are licit, they ought not be adopted unreflectively. These matters are far too important for assumptions, yet how many evangelical engagement counseling programs involve careful, deliberate consideration of the questions involved? “The church never talks about [x]” is a sure sign that the church talks plenty about [x] and whoever utters that just isn’t paying attention. But for many evangelicals contraception remains the unquestioned option—and in some cases, unquestionable—option. I’ve heard prominent evangelicals start their defenses of public funding for contraception by saying, “Well, I’m an evangelical, so that means I’m okay with some forms of contraception.” Well, then. That settles it.

Now, among the internet’s response to Hobby Lobby it’s been popular for young evangelicals to run about saying that contraception reduces abortion, so obviously we ought to support more access to it as a social policy. Rachel Held Evans is the latest exponent of the view, but Jonathan Merritt and I have been around it on Twitter as well. The argument sounds awfully nice to the happy, half-informed, pragmatically minded, pro-life evangelical’s ears: we’re against abortion, contraception means less of it, let’s all go have cake.

But there are troubles with this sort of reasoning. (I mean, you know what else would reduce abortions? Killing people. It’s foolproof. ) The study that has become the go-to source on the question simply isn’t as watertight as it seems in the headlines and news reports. And Michael New’s commentary doesn’t even mention that at least some of the IUDs that were handed out have an abortificient effect. Even Planned Parenthood acknowledges that IUDs sometimes have a post-conception effect: that is, if life begins at conception then they are abortifacients.

But it’s easier to find a study that proves the point and call it a day, so let’s call to the stand one of our own. Now, if you think that increased access to contraception would reduce abortions, then it would make sense that better access to emergency contraception would do the same. Only it turns out that’s (maybe) not the case. While sales of Plan B doubled in 2006, and then again between 2007-2009 because laws changed to allow pharmacies to sell it without a prescription, abortions and pregnancies stayed the same in the places where access laws were passed.* Why? Well, the authors muse, “[emergency contraception] may induce a behavioral response that leads to more sexual encounters, and hence, more pregnancies.” Given the rates of birth and the size of the population, it doesn’t take that many more people statistically to have sex more often to keep the pregnancy rate the same. (As to what this means for America’s falling birth rate, well, draw your own conclusions.)

But here’s the real kicker: emergency contraception dropped in price and became easier to access when the pharmacy replaced emergency rooms as the point of sale, but reports of sexual assaults decreased as well. The authors are appropriately cautious, saying that the evidence is “suggestive.” But it makes some intuitive sense: nurses and doctors get trained to ask about such things, while pharmacists do not. The authors suggest that to “mitigate this impact, new policies may be necessary to encourage crime reporting by sexual assault victims that visit pharmacies.” 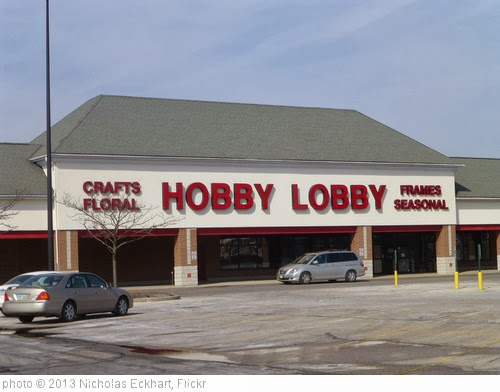 If you think they’re protesting contraception, you’re doing it wrong.

Now, is it fair to extrapolate beyond the fact that emergency contraception doesn’t decrease abortions to other forms of contraception? It’s not a straightforward deduction, by any means. But then that’s just my point: the soft consequentialism that stands beneath the social sciences is far less useful for thinking through these things than it seems, and far more potent in the hands of news commentators and writers than it should be. At its best, social science is a discipline that digs up lagging indicators, a kind of empirical history. But the casual observers of culture that make up the commentariat don’t have the discipline even to wait for the academic cycle of evaluation to do its work. What’s that? There’s a study that says the hook up culture doesn’t exist. Now we know!

I could go on, but at this point I feel obliged to simply turn the microphone over to Helen Rittlemeyer, whose excellent essay on the social sciences is germane to all this. A teaser, so you can hear what good prose sounds like, but go read the whole thing:

Lesser pundits and journalists parrot academic studies as if they were unimpeachable, even when the resulting headlines are as absurd as “Racial Inequal­ity Costs GDP $1.9 Trillion,” “Feminists Have Better Sex Lives,” or (my favorite, courtesy of Yahoo! News) “Holy Water May Be Harmful to Your Health, Study Finds.” Even Ross Douthat, generally reputed as a moralist, can be caught buttressing with social­ scientific evidence a claim as uncontroversial as that serious downsides attend being a pothead: Excessive marijuana use, he reports, “can limit educational attainment, and with it economic mobility.” The im­pression left by these sorts of citations is not rigor so much as lack of confidence in one’s assertions, and persuasion, like seduction and stand­up comedy, is 90 percent confidence.

*Author’s note:  Thanks to a commenter, I’ve edited this sentence for clarity.