NextWho was M. Regulus? (And why don’t we care?)
Politics

Check out this video on John Kerry. It is, at the very least, interesting. It is a montage of Kerry clips on issues surrounding Iraq, some taken from the first war. One wonders how many were taken out of context–assuredly, some were. 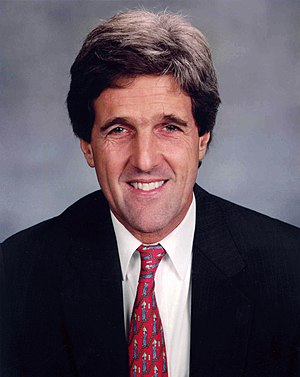 However, what comes through is Kerry’s interesting explanations of his voting record. When pressed, his response is always “What I voted for was…..” and then something slightly different than what the bill actually was. It raises an interesting question about personal motivations and public record. For instance, it could be the case that Kerry was never against the war–that when he voted against it, he really did “vote against the timing of the war.” If this is the case, then he may not be the flip-flopper that it seems he is.

If Kerry’s explanation of his voting record is credible, then the Democratic critique of Alan Keyes is undercut entirely. Keyes has been criticized as a hypocrite for joining the Illinois Senate race when he is on record as criticizing Hilary for joining New York’s. The explanation from the Keyes’ camp and from Republicans in general has pointed out the salient difference between Hilary and Keyes–Hilary strategically pursued a state with the intention of joining and winning. Keyes had no such intention at all. On this grounds, what Keyes did was in consonance with his published statements.

Which way will Democrats have it? Either Kerry is a flip-flopper and so is Keyes, or neither is. My guess is that they’ll take it neither of these ways: Keyes will remain a hypocrite, Kerry a consistent voter.