Death, be not proud, though some have called thee

Mighty and dreadful, for, thou art not so,

For, those, whom thou think’st, thou dost overthrow,

Die not, poor death, nor yet canst thou kill me;

From rest and sleep, which but thy pictures be,

Much pleasure, then from thee, much more must flow,

And soonest our best men with thee do go,

Rest of their bones, and soul’s delivery.

Thou art slave to fate, chance, kings, and desperate men,

And dost with poison, war, and sickness dwell,

And poppy, or charms can make us sleep as well,

And better than thy stroke; why swell’st thou then?

One short sleep past, we wake eternally,

And death shall be no more, Death thou shalt die.[1]

Donne composed this meditation in the seventeenth century, during a time when death was still within the purview of most people. Now death is hidden, avoided as a reality, and yet we still denounce it as an evil. We are said to live in a “death-denying” culture, one that idolizes youth and believes medicine and technology will cure every illness. For this reason, death and dying deserve our attention.

And Christians have a unique word to say. Unfortunately, that word has of late been left unsaid. 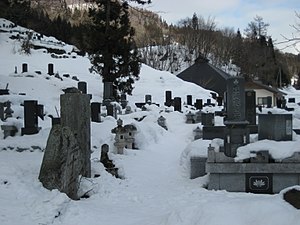 In one recent study of ten congregations whose pastors died while serving in leadership, Fred Craddock, Dale Goldsmith, and Joy V. Goldsmith found that in each case leaders “faced their dying largely in isolation.”[2] The congregations utilized different strategies to ignore or deny the realities facing their dying pastor, demonstrating a remarkable lack of reliance, understanding, or faith in the resources for those who are dying latent in Scripture and theology. The authors write, “The tragedy was that dying did not ‘fit’ into their Christian story.”[3] Honest, well developed speech concerning the end of life is so neglected, the authors contend, that even at funerals “dying and death is seldom the topic;…more likely to be the focus is the life of the deceased.”[4]

This is a void that must be addressed. Discipleship in faithful dying, or experiencing a good death, will become an even more pressing need in the future.

From all oppression, conspiracy, and rebellion; from violence, battle, and murder; and from dying suddenly and unprepared, Good Lord, deliver us.

-The Great Litany, The Book of Common Prayer

In The Christian Art of Dying, Allen Verhey has provided a resource to help us prepare for a faithful dying. Verhey diagnoses and explains how our outlook concerning death and dying has been gradually outsourced to the medical profession, resulting in the “medicalization” of dying. No longer do we die at home, surrounded by friends and family. Instead, we often die in the sterilized setting of the hospital, where we are confronted with a startling disjunction: hospitals are places of healing, not places we go to die.[5] Most of us can recount someone we know declaring hope for a triumph over their disease, even when the prognosis is dim, as though a return to full health was the only reasonable option. When the patient is terminal, there is a reluctance to name and accept the reality of dying. Death is an obstacle to be overcome by advancements in science and medicine; the physician is construed as savior.

Traditionally, communities of moral discourse like the church have provided a framework for dying well, as well as a hope that medicine cannot supply. Recently, however, Christians have silently succumbed to “the Baconian project” and the “medicalization” of death, which Verhey describes as “the Promethean modern effort to eliminate human mortality and vulnerability to suffering by means of technology.”[6] Verhey examines how the Death Awareness and Hospice movements, along with writings in bioethics, have done much to expose the consequences of medicalized dying and to reclaim dignity for the patient, while noting ways their answers are not completely sufficient. Verhey believes the Christian tradition provides better answers concerning dying and death and offers us the needed resources for learning to die well.

Following his diagnosis of the present state of Christian discourse on dying, Verhey examines a fifteenth century document entitled the Ars Moriendi, a piece of “self-help” literature giving instruction for Christians preparing for the end of life. This book, which includes theological instruction and the story of the last days of a man named Moriens, helped Christians thoughtfully ready themselves for death in the face of plague and the Black Death. Verhey walks readers through the manual, chronicling the theological exposition, unique temptations before death, and the requisite virtues Christians should display through the course of dying.

Next, Verhey proposes a contemporary Ars Moriendi, first by critically engaging the original text, then by expanding the reader’s moral imagination through a fresh consideration of the accounts of Jesus’ death and the theological implications for his resurrection. In light of this new reading, Verhey outlines an updated virtue catalog of faith, hope, love, patience, humility, “letting go/serenity/generosity,” and courage, explaining how each virtue can assist us in a good dying.

Lastly, Verhey returns his attention to the church and her present shortcomings, exploring how various practices can better enable us to experience dying faithfully and to care for the dying well. These practices include the commonplace for many Christians–the worship gathering, Scripture reading, prayer, and the Sacraments–but Verhey helpfully reframes how these practices disciple us in light of our mortality. Verhey then explores “Practices Old and New,” which includes mourning and comforting, funerals, remembering saints, catechesis, advanced directives, the upkeep our discourse, and the practice of discernment.  All this is followed by an admonition regarding care, both in how it is given and in how it is received. Like Jesus, dying well means possessing the humility to receive love even as your body expires.

Verhey’s work is compelling and instructive. The wisdom he provides is deeply needed. And it may be the case that Christians will very soon have a unique opportunity to witness to Jesus Christ as an increasing number of our neighbors proceed to die. Pastors and teachers will have a unique role to fill, instructing the faithful concerning what a faithful dying may be, but so too will Christian people in the medical professions. Care for the dying–in hospitals, nursing homes, and other assisted care facilities–may soon become a critical arena for the lived expression of evangelical Christian faith.

The Future of Dying

Consider these statistics from the U.S. Department of Labor:

These statistics from the Department of Labor provide reason to pause and reflect on the days that are to come and the challenges we may face. If a significant portion of our population will commence their dying in the very near future, how will the church respond in service and in witness?

In the year 2050, Lord willing, I will have lived to be 70 years old. But will I be surrounded by a people who have learned to die well and to care well for the dying? Will Christian people, myself included, be equipped with the requisite virtues for a faithful dying? Will the church create space for doctors and other medical professionals to converse theologically regarding their professions, and equip them with the language, discipline, and appropriate posture towards their patients that is distinctly evangelical? Will preachers help their congregations to develop a theological and moral imagination that will enable us to die well, or will too many sermons be crafted to attract or entertain, distracting us from our eventual dying?

Stanley Hauerwas is right to observe, “A good death is one in which the death is commensurate with the way one has lived.”[8] The virtues listed above that make for a good dying–faith, hope, love, courage, and the rest–also make for a good living. I can only pray that our collective moral reflections will be increasingly broadened to encompass all of life, even unpleasantries like dying.

The resources are at our disposal, if we dare to look. Our Lord has preceded us even in death, and has offered us the final Word, even in our dying. On the reality of Jesus Christ our hope rests, a hope surpassing all that which we could ask or even imagine.

[5] Allen Verhey, The Christian Art of Dying: Learning from Jesus (Grand Rapids, Michigan: Eerdman’s, 2011). Further, Verhey notes on p. 20 that in addition to removal from familiar space, the patient is often removed from intelligible speech. The language of medicine is not always the language of the patient. This further increases isolation, loneliness, and a feeling of abandonment.

[7] Theses statistics originated from U.S. Census data, but were found through review of the U.S. Department of Labor’s Futurework report, analyzing trends emerging in the workforce. Accessed 1/11/13: http://www.dol.gov/oasam/programs/history/herman/reports/futurework/report/chapter1/main.htm#4a