In the fall of last year, Al Mohler initiated a firestorm by suggesting that “yoga cannot be fully extricated from its spiritual roots in Hinduism and Buddhism.”

In making his argument, Mohler was drawing on Stefanie Symen’s The Subtle Body.

But Symen’s book was not the only book on the history of yoga in the past year. Mark Singleton’s treatment, The Yoga Body, was put out by distinguished publisher Oxford University Press only a few months before Symen’s.

Singleton sets out his thesis early:  “The primacy of asana [or posture based] performance in transnational yoga today is a new phenomenon that has no parallel in premodern times.”

While there are clearly references to yoga in the Hindu sacred texts, Singleton argues that the lack of emphasis on postures makes yoga a homonym to how it was used historically, not a synonym.  Whatever connection there is (and Singleton hedges at the last second against disavowing a connection altogether), contemporary posture based yoga is developed and appropriated the ancient texts for its own purposes in response to the introduction of new discourses into India–namely, the “physical culture” of seeking social transformation through bodily health that the YMCA brought to India. 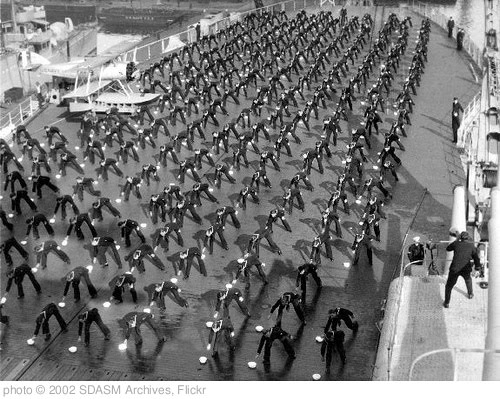 Singleton’s story is a complex one, but the simplified version goes something like this:  starting the mid 1800s, Per Henrik Ling’s system of Swedish gymnatics was adopted throughout England and Europe.  Ling’s approach was similar to the YMCA’s–it was oriented toward the development of the “whole person,” not just the body.  And it had the advantage of not requiring weights or machines, which meant it was perfect for physical education (a concept that was incorporated into the school system during this time), the military, and elsewhere.

It was this system, along with Dane Niels Bukh’s rhythmic exercises, that framed the YMCA’s approach in India.  Singleton highlights the fact that when the organization took its message of social transformation through bodily transformation to India, they found “no “system” or “brand” of physicalized yoga that could satisfactorily meet India’s need.”  So they created it, coopting the few posture-based practices that were in use at the time and fusing them with medical gymnastics, calisthentics, and body building.

According to Singleton, distinctively Hindu or Indian yoga developed in reaction to this fusion, and seems to have been accompanied by a tinge of anti-imperial nationalism.  The Indians might have learned about the “physical culture” from the British, but they were intent on making it their own.  And “yoga” as we know it was heavily influenced by this collision of cultures.

Singleton strengthens his case by pointing out that even as late as the 1930s, for many in the west yoga meant something totally different than the posture-based practices we know today.  And somewhat ironically, a cluster of postures and practices similar to contemporary yoga was popular in Britain (specifically), but was associated with Scandinavian systems of gymnastics.

Singleton’s case for this is thorough, but I’ll only highlight two prominent facts.  First, Singleton reviewed Health and Strength magazine, a British publication that was the most popular outlet for the “physical culture”.  He describes the conclusion this way:

Indeed, among the articles on yoga in H&S (or in its sister magazine The Superman) during the 1930s, none outlines a course of bodily extensions of the kind one would expect to find in a modern “hatha yoga” class today: if such articles are to be found, they are scarce. On the other hand, the magazine is replete with exercise schema designed exclusively for women and which are based to a very large extent on stretching. But these are not designated as, nor associated with, yoga.

Additionally, he analyzed Niel Bukh’s Primary Gymnastics (1925) and found that “at least 28 of the exercises in the first edition of Bukh’s manual are strikingly similar (often identical) to yoga postures occurring in Pattabhi Jois’ Ashtanga sequence or in Iyengar’s Light on Yoga.” Both Jois and Iyengar were students of T. Krishnamacharya, who taught yoga in the Indian royal palace and whose classes were categorized as “physical culture” or “exercise” in the official palace records.  By that point, the Danish gymnastic system had reached such a level of popularity that it had been incorporated into the British Army and into the Indian YMCA.

None of this means that the creators of yoga consciously stole from the Scandinavians.   Cultural transmission rarely happens that intentionally or consciously.  But it does raise serious questions about the pristine and ancient history that is often used to praise contemporary yoga.

Nor does it mean yoga has no spiritual dimension.  Singleton hedges here too:

This does not mean that the kind of posture-based yogas that predominate globally today are “mere gymnastics” nor that they are necessarily less “real” or “spiritual” than other forms of yoga. The history of modern physical culture overlaps and intersects with the histories of para-religious, “unchurched” spirituality; Western esotericism; medicine, health, and hygiene; chiropractic, osteopathy, and bodywork; body-centered psychotherapy; the modern revival of Hinduism; and the sociopolitical demands of the emergent modern Indian nation (to name but a few).

At the same time, Singleton’s analysis complicates the “anti-yoga” argument for Christians.  If the postures of contemporary yoga were developed in response to Scandinavian stretching systems, then they may be more easily extricated from the problematic ideologies that often accompany them (which Mohler reluctantly grants in the followup).  To give only one example, I’m pretty sure I was taught this in cross country, only we called it “beauty queens.”

If nothing else, the question of what yoga is and where it came from is far more complex than people realize.  In fact, it’s so complex that yoga proponents haven’t quite figured it out.  The possibility of a “secularized” yoga simply for the purposes of health has some proponents decrying its commercialization and yearning for a return to its more spiritual roots.  Yet if Singleton’s thesis has any weight at all, then the “return” may not be as far back as advocates suggest, and yoga may have more to do with the secular west than they realize.