In the third book of Aristotle’s Politics, he sets forth his ideal government. In order to find the best one, he informs the reader that he will exposit and reject several theories by other prominent philosophers. He begins, naturally, with Plato’s ideal city. He proceeds to tear apart the idea, arguing that it is impossible to break the family apart since it is a natural part of the whole state. 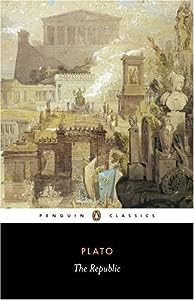 Cover of The Republic (Penguin Classics)

I’m not concerned with that argument, what bothers me is the very fact that Aristotle brought Plato’s city up in the first place. It’s pretty clear from the text of the Republic that Plato is interested in how the soul of an individual can become just. To clearly see how this might take place, he builds his “city in words.” Why, then, does “the master of those who know” and Plato’s student for 20 years decide to tear apart the city in words as if it were Plato’s actual vision for a city?

First, Plato actually meant to implement the kind of city that he described in the Republic and it’s not just a city in words. Aristotle spent enough time with Plato that he can be relied upon to tell the truth. In the third century A.D. Plotinus almost constructed a city based on the city in the Republic. So there is a tradition of scholars interpreting Plato literally. However, the dialogue makes much more sense in itself if Plato strictly meant to make the city figurative.

Second, Aristotle could have blatantly misinterpreted Plato. That seems unlikely because he spent so much time under Plato. Perhaps in his rebellion against the doctrine of the Forms, Aristotle ceased listening to his master, which is also unlikely.

Third, Aristotle knowingly misinterpreted the dialogue because he needed a straw man to get his book of the Politics going. This is the most likely theory in my mind because lots of poeple have interpreted Plato literally and Aristotle, knowing that, could have used it to address them. Another virtue of this theory is that it leaves the brilliance of both Plato and Aristotle fully intact, though it does make Aristotle a bit impolite.