I am continuing to sort through the responses to my piece in Christianity Today.  It is a gift to have thoughtful readers who have interacted with the piece, but also a bit intimidating.  The quality of the responses exceeds that of the original piece and the discussion has gone a good deal further than I had hoped.  I would like to be able to duck and run from all the critiques, but that’s never been my style.

One of my longstanding concerns about evangelicalism is the way our doctrine of creation has been myopically focused on the question of how God created.  That is, no doubt, an important concern.  But there are other questions that a doctrine of creation must address, questions which may precede that one in importance.  David Wilkinson’s essay on this at Christianity Today highlights a number of them, but I would add one more:  a robust doctrine of creation is crucial for discerning our own responsibilities to the world around us, as it illuminates the nature of the goods of creation and helps us properly order them toward God.*

One of the key points I tried to make in my essay is how the context into which the “radical” rhetoric extends potentially distorts an otherwise appropriate and true message.  It may not be so much that Platt or anyone is wrong, in other words, so much that their emphasis gets distorted because of what their audience is missing.

A doctrine of creation doesn’t sanction enjoying every material good for its own sake and not for the sake of anything else. But it would help us discern our responsibilities in light of God’s providence and our place. The emphasis on responding to the poor and denying ourselves comforts for the sake of those who don’t know Jesus is the right emphasis. But if there is no rich appreciation of the doctrine of creation behind them, and a potentially thin set of practices and institutions as well, then such emphases will invariably no longer be emphatic.**

None of that has anything to do, though, with whether Platt or Chan or anyone else is right or wrong.  They may be right in all they affirm and deny, but sometimes saying the right thing to a broken people creates problems of its own. Telling a young fellow looking for a wife that he should get out and meet some women is the right advice, but not entirely helpful if he has never used a comb.

Enough, maybe, on that.  Let me pivot just a little and address another point.  One of the underlying concerns of my piece is that the medium has its own message and it forms us in ways we don’t realize.  That’s not very radical, I realize, but perhaps we can talk through it later.

In January, I tried to account for what seems to me the danger of an overwrought passion in evangelical politics. We care, a lot, and so our rhetoric gets inflated and emphases end up getting distorted.  It was a controversial point then and probably none the less now.  What has that to do with being radical?

It’s tempting to say that because of the magnitude of the problem before us that any and all rhetorical devices are justified. “A billion global poor and you are quibbling about a few intensifiers?”  The point has a good deal of intuitive pull, I realize. Relief organizations face this sort of struggle all the time:  put a photo of someone who is suffering up in front of people and giving goes up accordingly. Those who raise worries are easily dispatched:  there’s good stuff being done. Let’s get on with it! 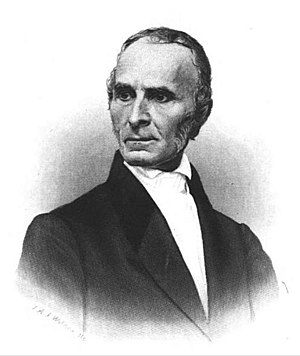 Maybe. But it just might be that the reasoning is no good, even if the ends being pursued actually are.  The means we choose form us in ways we don’t intend, as we’ve talked about with technology plenty in the past. A rhetoric of intensifiers may create urgency—but will such an urgency be enfolded into a life and structures such that it lasts and is passed on? And if those structures and background commitments are not there, will that urgency bring people to repentance or wrack them with guilt?  (And I do not think they are the same.)

Such intensifiers create passion, of course, but it might just be the case that encouraging passion is the wrong strategy for evangelicals. There’s a substantive strand of the Christian tradition that looks askance at enthusiasm and we ought be a little attentive to it.  We may need a language of love that is more stable, a little less feverish, a little less tumultuous and with fewer intensifiers and a good deal more steady, confident, and quiet.  A dose of John Greenleaf Whittier, in other words, to temper us and redirect ourselves in a more permanent way toward the good:

Breath through the heats of our desire

Thy coolness and They balm;

Speak through the earthquake, wind, and fire,

Which is to say, we ought not be consequentialists in our reasoning about salvation and social justice any more than we are in any other realm. The ends are not all: means matter and if we are not attentive to them then we shall almost certainly be co-opted by them.

Why would one take up intensifiers despite the work before us, then?  Last year about this time I offered this point about tattoos:

In order to understand the world in which we live and thereby more clearly grasp our place within it, sometimes it is more effective to put questions to it that seem irrelevant than those which are incredibly contentious at the front.  The forces and dynamics that have made tattoos a plausible option aren’t simply limited to aesthetics and self-expression.  And even if they were, what happens in one sphere of life shapes the whole.

As I said then, tattoos are “superficially innocuous practices.”  They seem totally irrelevant given the scope of the world, and yet it is often such irrelevant, insignificant aspects that form us in the most subtle of ways.  It is no accident that Jesus emphasizes the “jot and tittle” by which our words will be judged: what happens at the margins often reveals what is really going on at the center.

The rhetoric of our speech did not emerge from a vacuum, and while the intensifiers of our faith are not the whole substance they say something about how frail the substance actually is.  It is easy to critique the emptiness of American culture. But if our own language needs buttressing so, then we may be suffering from the same disease.

*Oliver O’Donovan’s Resurrection and Moral Order is the book to read here.

**See Fred Sanders’ The Deep Things of God for how this goes.

Update: It’s worth reading Marcus Goodyear’s post on Platt’s Follow Me and the potential absence of a robust conception of creation that allows for a conception of work as intrinsically good.  It’s quite close to what I’m trying to get at above.