“Our culture does not suffer from the overabundance of leisure but, rather, its scarcity.”

“Drawing on the Western sages, both pagan and Christian, Pieper is careful to make a clear distinction between leisure and idleness. The former refers to the contemplative side of man; the ability to passively receive knowledge and wisdom. This same sort of passivity is at work when we accept God’s grace.”

How many times in the last week has a friend (or have you?) complained of being “too busy”? If Pieper is right, this is not the result of too much activity, but not enough real rest.

“Cut off from the worship of the divine,” says Pieper, “leisure becomes laziness and work inhuman.”

Not only a lack of real rest, but an overabundance of irrational (read: non-teleological) business leaves modern Westerners with the infamous and ubiquitous undifferentied blah… The ’empty self’ that is so quick to recognize that it feels crazy, but so reticent to conclude that its conditions actually are just that: insane.

Restoring the balance of the psyche necessarily involves (before, during, and after) the restoration of the context in which the self exists, ecological, aesthetic (go clean your room!), societal (you create your friendships and then your friends create you), occupational (read Ms Sayers’ essay “Why Work?”).

The idea of the Sabbath, “and on the seventh day the Lord rested,” is an example of how the Church extended the freedom from servile labor to the entire community. What had hitherto been the prerogative of a few free men in a slave-based society eventually became the privilege of all. Unfortunately, it is a privilege that has been severely undermined by a new paganism, which is far less respectful of reflection and contemplation than many pre-Christian societies.

Christianity, which is inherently democratic in elevating all people (especially the childlike) to self-responsibility, divine favor, and eternal glory, has always understood leisure, and has bestowed the correct understanding on the masses.

Historically or personally, when man in his perennial pride abandons the simple humility of trust in our Lord Jesus, he finds himself not merely back in the darkness of Persian pantheism or Greek atheism, but inexorably on to the deeper deadliness and red-fire torment of modern Vedanta self-worship or German Supermanism. 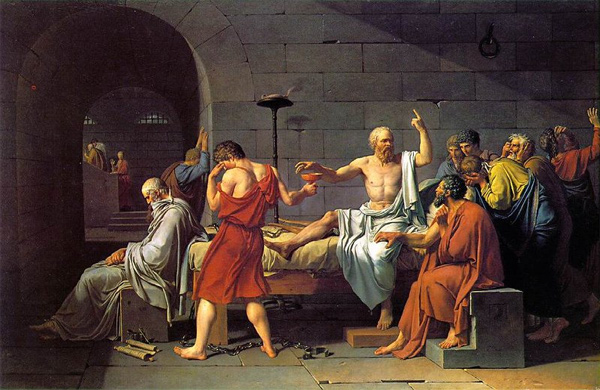 means keeping inane distractions to a reasonable minimum and substituting for them things like reading, creative activities and, most of all, prayer.