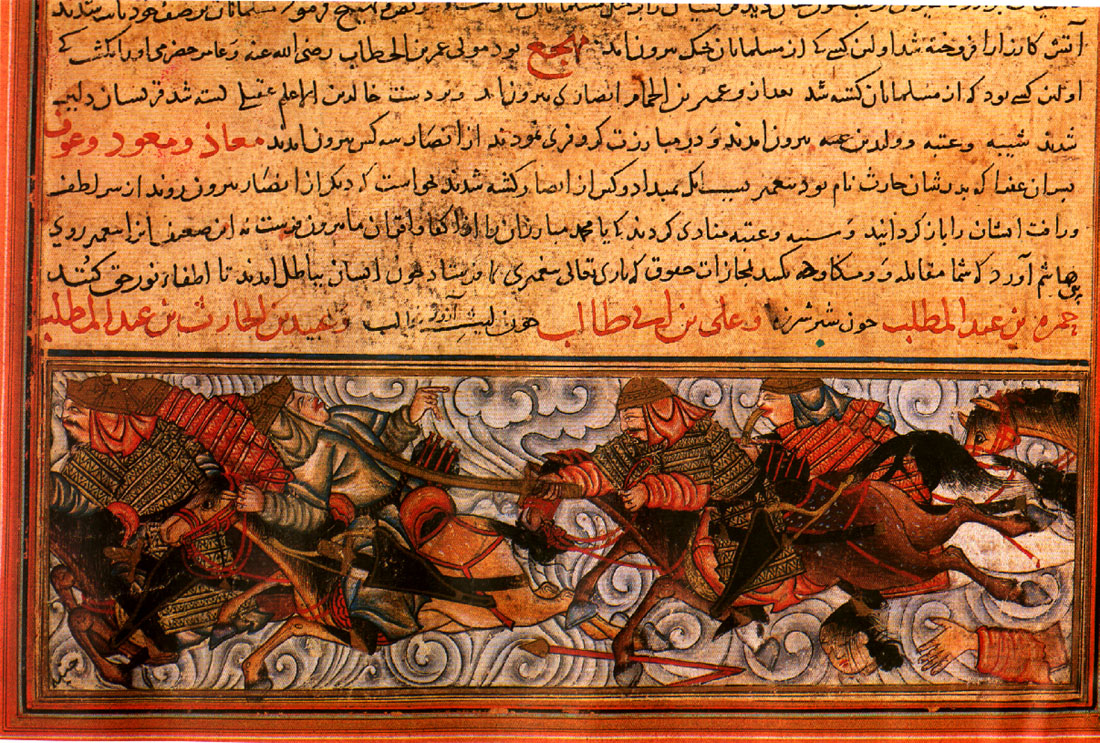 Just like Christian just war theory, Muslim scholars have formulated three very similar conditions under which a just war may be waged. Earlier this week we saw that the first condition for just war is that it be prosecuted by a legitimate authority. For the Muslim, this must be the khalifa, or ruler of the Muslim community (umma). As we continue to examine the conditions of just war in Islam, it is important to notice that while the conditions are the same as those expounded by Christian theologians, their justification is very different.The second condition of just war is just cause. As established in the initial conquests of the Arabian Peninsula and surrounding areas, just cause includes expansion of the borders of the umma. Broadly, just cause for war includes seeking to establish peace and order and overcome the chaos, immorality, and godlessness of the polytheistic nations. However, lethal force is only justified under an important condition recognized by the Qur’an and the legal jurists. Ibn Rushd says, “according to all scholars, the prerequisite for warfare is that the enemy must have heard the summons to Islam.” This summons to Islam “is twofold: either conversion to Islam, or payment of poll-tax.” The summons to Islam is seen as a necessary invitation that must be extended before war and death can justifiably follow. Once the summons has been made and denied, Muslims may attack and kill those to whom the summons were made because they have rejected both God and his provision for them within the umma. This rejection of God and His people gives just cause for the declaration of war.

The third necessary condition of a just war is right intention. Ibn Khaldun makes it clear what constitutes a right and a wrong intention stating,

The origin of war is the desire of certain human beings to take revenge on others….The reason for such revenge is as a rule either jealousy and envy, or hostility, or zeal in behalf of God and His religion, or zeal in behalf of royal authority and the effort to found a kingdom…The first two are unjust and lawless, the other two are holy and just wars.”

The two proper intentions for going to war are zeal for God and zeal for the ruling authority. Zeal for God is a just intention because it involves upholding His truth and advancing the peace that can be attained only through living in accordance with His laws and order. Ibn Khaldun and other Islamic thinkers argued that since Islam is the true religion, it is the only means to a just and lasting peace. Zeal for the ruling authority is a just intention because it involves upholding the social order established by the khalifa, who in turn worked to unify the umma through the adherence and application of the shari’a (the Islamic law that must be followed out of obedience to God).

Ibn Rushd makes the same argument although in fewer words when he states that “the aim of warfare against the People of the Book is twofold: either conversion to Islam or payment of the poll-tax.” Both of these conditions are expressions of the intention to extend the true religious and social order to all men. If God and His laws are indeed true, then it follows that it is just that men be required to follow them. The only way that non-Muslims will follow these laws is if they either become Muslims or if they are brought under the law and compelled to comply with it. Payment of the poll-tax recognizes the sovereignty of the Islamic state and places the non-believer in submission to its authority.

Next week: The Christian view of church and state.