NextLent and the Joys of Self-Control
Evangelicalism

The Democratic Virtues of the Christian Right

There are few books that I wish every evangelical under the age of forty would read:  Jon Shields’ The Democratic Virtues of the Christian Right is one of them. 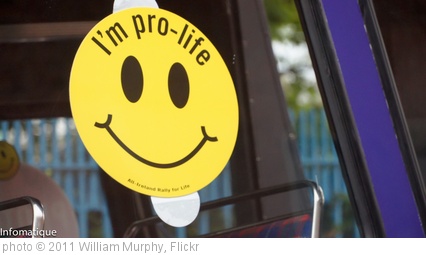 Shields’ work is a careful, contrarian take on a movement that has struggled the past thirty years to receive any decent press.  How bad has it been?  Shields points out to a content analysis of the Washington Post and New York Times between 1987 and 2004 that found, well, let’s just quote:

If you’re wondering where most of our opinions of the “Religious Right” come from, well, there you have it.

Instead, Shields argues that the Christian Right  not only managed to bring one of the most alienated constituencies into American politics, but by framing civic engagement around moral issues helped “reinvigorate American democracy.”

But oh, there’s more.  Shields argues that rather than being hostile and intolerant, the Christian Right has invested an incredible amount of energy in inculcating the virtues necessary for virtuous democratic participation, namely: “(1) the practice of civility and respect; (2) the cultivation of real dialogue by listening and asking questions; (3) the rejection of appeals to theology; (4) the practice of careful moral reasoning; and (5) openness to alternative points of view.”

Not surprisingly, given the perception of religious conservatives as hostile to others, they pay a steep price for every slight misstep–and consequently go to great lengths to ensure that they don’t make one.  Shields spends extensive time detailing Stand to Reason’s excellent efforts at training people to persuade calmly and rationally, in what amounts to a book-length advertisement for them.  But he doesn’t stop there:  he actually visits protestors at an abortion clinic and finds that besides one or two outliers, they are mostly rather mild-mannered folks who simply want to help women.

Shields is a careful observer:  he notes, for instance, that while he focuses on abortion the nature of the Christian right’s political engagement on other issues may be different (since, for instance, conservatives are working to preserve the status quo on marriage rather than eventually overturn Roe).

Oh, and by the way, I mean “observer” quite literally.  Unlike many academic sociologists (including James Davison Hunter, author of Culture Wars) Shields actually spends time talking with real pro-life activists.  The methodological difference matters:  while Hunter, for instance, privileges direct mailers in his interpretation of evangelical political engagement, Shields’ time in the field allows him to recognize that the sort of rhetoric that gets used to “rally the troop” and raise funds is not the sort of language that activists actually use in the field.

This gap is, of course, a tricky one for everyone to leap.  As Shields writes:

This juxtaposition of hyperbolic claims about the effects of pending legislation and scrupulously accurate details of the same legislation highlights the tension between the twin goals of mobilization and thoughtful activism. On the one hand, appeals often exaggerate because this is vital to mobilizing otherwise passive citizens. On the other hand, mobilized activists need to be well informed and avoid distortion if they are to be successful lobbyists… If activists on both sides of the culture war agree on nothing else, it is the necessity of dramatic appeals.

Yet such hyperbole, Shields suggests, might simply be the price of activism in a democratic republic.  I’m not quite convinced by that, but it’s a hypothesis worth trying out for a while.

Unfortunately, however, the Christian right goes a step further than the use of rhetorical upselling in order to motivate activism.  Of the five democratic virtues listed above, Shields notes that the Christian right really only advocates four of them.  The fifth, “openness to alternative points of view,” is actively discouraged.  Shields puts the point this way:

Put simply, a dogmatic resistance to opposing ethical views may be the price of a more participatory democracy. But if Christian activists’ democratic education does not bring them any closer to moral skepticism, it still sharpens and expands their thinking. It also raises the level of public debate for the benefit of the vast majority of more ambivalent Americans.

Again, this is (as Shields notes) potentially simply the price movements pay for engendering activism in a liberal democracy.  It’s hard to motivate action if folks are questioning the first principles.  I understand that, and sympathize with it.  Yet I want to reserve my right to question those first principles, and to leave inquiry open as long as possible, on grounds (if nothing else) that the more I revisit them the more clear and persuasive they become.  While I’m no fan of “moral skepticism,” I’m also not convinced as a standpoint that it’s necessary to cultivate an openness to other points of view.  The intellectually dogmatic fellow might still be hospitable to other ways of looking at things, even if he happens to reject all of them.

That only to say, reading The Democratic Virtues of the Christian Right is good for more than simply being confronted by (finally!) a sympathetic interpretation of the movement.  The book also raises genuine and important questions about the nature of communication in a liberal democracy, and how political movements should behave in public.  At the heart of the book, however, is a challenge to reconsider and revisit just how much those of us under forty have let our perspective on the Christian Right be shaped by media accounts and our own evangelical self-abasement.  Because if Shields is on target, there are other chapters to the story that have forgotten to be told.