A Survival Guide for the Upcoming Political Onslaught

The political season is nigh upon us, which means a goodly number of you will doubtlessly be ducking for cover.  Well, dear reader, I am hear to help.

We care about the political things around here, but want to care about them in the right way.  The next few months will prove a halfway decent test for all of us.  With all that in mind, I put together something of a survival guide for the season over at Relevant.  Specific recommendations are there if you click through the link:

This Presidential election will be the most important election we will ever face.

You know, just like the last one. And the one before that.

We won’t know until it’s long been over whether this election is any more important than the others. That’s the sort of claim that can only be examined through the long lens of history. 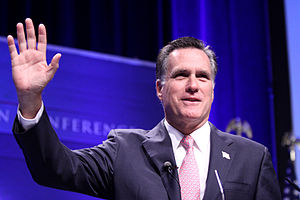 What we do know, though, is that this Presidential election will be one of the most expensive of our lifetimes. Most normal folks (of which, sadly, I am not one) are still enjoying summer barbeques and trips to the beach and are only keeping one eye on the race. But in a few weeks, the onslaught of political advertisements will be inescapable and political questions will begin to be a regular feature of all our conversations.

As a conservative, I struggle with the pervasiveness of politics that happens with every Presidential election. Near the heart of the conservative temperament is the affirmation that as important as our government is, it’s the spheres beyond it that matter most. Yet most political rhetoric is driven by what our candidates promise to do for us, rather than promising to simply get themselves out of our way.

The intended effect of all that advertising is simple: to awaken and inspire enough passion in us that we would take the step of casting a vote. The process may be crucial for making a democratic republic go, but it can also be an unseemly one, luring our hearts and our affections away from their primary allegiance to Christ.

Any ideas on what you would like us to do around Mere-O this political season?