NextConsumption and the Creator’s (lack of) Power
Politics

Michael Gerson at the Washington Post and the ever-maddening David Brooks at the New York Times have, in the past two weeks, written excellent diagnoses of what ails modern conservatism. With “social conservatism” being code word for abortion and same-sex marriage in today’s culture, it isn’t an accident that both authors discuss elements of social conservatism without ever actually using the term.

Gerson, a Beltway evangelical and Bush speechwriter penned an article titled “An Ideology without Promise” in which he eviscerated Mitt Romney’s now infamous “47%” comments where “human worth is reduced to economic production.” In Romney’s tirade, according to Gerson, there’s little that would attract the economically destitute since they’re accused of lacking personal responsibility and enjoy the perpetual siphoning off of economic benefits toward themselves. 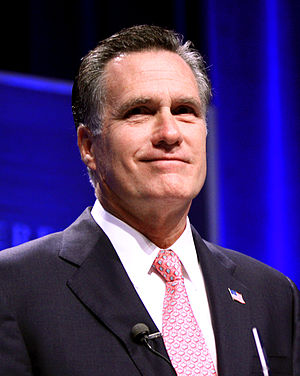 In Brooks’ article conspicuously titled “The Conservative Mind,” he laments how modern conservatism is dominated by a fiscal conservatism that lacks familiarity with the complexities of the social order, the type of complexities that birth vaunted insults like the one Romney issued with his 47% comments. In the Manichean gap, Brooks sees how the once powerful traditionalist element of American conservatism has receded, resulting in conservatism preoccupied by economic production at the top than rather than economic mobility for the middle and lower classes.

The economic conservatives were in charge of the daring ventures that produced economic growth. The traditionalists were in charge of establishing the secure base — a society in which families are intact, self-discipline is the rule, children are secure and government provides a subtle hand.

Brooks then delivers the most stomach-punching indictment I’ve read in a long time:

The Republican Party has abandoned half of its intellectual ammunition. It appeals to people as potential business owners, but not as parents, neighbors and citizens.

Before I’m accused of doing so, I don’t want to be interpreted as shunning economic conservatism or its importance for providing stable revenues for American families. The more economic growth, the better, certainly. Economic stability aids in domesticity and domesticity provides the market with stable employees that, in turn, provides the infrastructure for companies to grow. This is not a zero-sum game of the family versus economics.

For too long, however, conservatism has measured the health of the family strictly along economic lines and hardly ever along associational lines. Can anyone really deny that fiscal conservatism has been the movement’s lodestar? If conservatives are adherents of a deep social order often reliant broaching a spiritual undercurrent, then it may be that the family health ought to be measured in units other than just monetary accrual. The metrics are obviously difficult.

Both columnists mentioned America’s dysfunctional institutions and the participation gap between practitioners as what ails our nation the most. Today, an individual’s mobility in society is determined more so by family environment than by outright economic plushness (though, as many have indicated, the economically advantaged also exhibit higher levels of family stability).

Something akin to this has been tried in England. This “Big Society” approach to conservatism has been attempted in Britain, though Britain’s conservatism is a different beast than American conservatism.

Conservatism needs Blue Collar emphases that care as much for economic plight of American families as it does the CEO. Ross Douthat and Reihan Salaam’s book­­­ Grand New Party: How Republicans Can Win the Working Class and Save the American Dream is, as the title suggests, a manifesto meant to attract working class families with conservative policies. That’s a start. We need politicians speaking from the stump not merely of economic downturn, but of actual family breakdown and lives ruined—breakdown that accounts for astronomically high entitlement costs. In an ideal model, as the ruins of yesteryear’s divorce culture bears its tainted fruit, opportunities will present themselves for marriage laws to be evaluated. Could you imagine the scandal that would follow from an elected official or president questioning our divorce culture? The mere provocation would set off a maelstrom of opportunity. The language of “local control” and “volunteerism” could be renewed, along with ideas of the “common good” (I often wonder whether our political culture is so impoverished because we use such anemic words). Tax proposals could be messaged less by charts and figures and more by opportunity gleaned.

I’d love to hear from our readers how conservatism might re-brand itself to meet the needs that Brooks and Gerson suggest.