Thoughts on Willard’s Renovation of the Heart: The Tyranny of Emotions in Modernity

One of the key modern texts on spiritual formation is Dallas Willard’s Renovation of the Heart. The first half of the book contains a meta-discussion of the process of and need for spiritual formation in the human soul. In fact, he argues, every soul is “formed” – it just might not be formed in the right way or

intentionally at all. He does not hesitate to lovingly call out some of the laxity in the evangelical church in American on this point. Actively living in radical dependence on Christ, therefore, is the only way to live human life abundantly.

In the second half of the book, he separates each faculty of the human person, describes what it is, how we’ve devastated it, and how God wants it to look.

I am co-leading a small group study on the book through my church, and we just went over the chapter on the Emotions.

One section of the chapter particularly stood out entitled: “Modernity and Deciding by How We Feel.” Willard argues that our lives have become so fragmented by the “freedom” we have in the modern world as we have cast off all ritual, tradition and personal relationships. He boldly states, “There are few things of equal significance to this fact for serious Christians to understand today.”

He goes on with the shocking analysis:

In the “modern” condition, feeling will come to exercise almost total mastery over the individual. This is because people in that condition will have to constantly decide what they want to do, and feeling will be all they have to go on…People are overwhelmed with decisions and can only 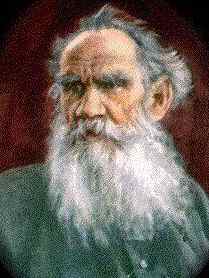 make those decisions on the basis of feelings.

He goes on to quote Tolstoy and compare him with the TV show Friends – believe it or not, they have an important fact in common:

“Had a fairy come and offered to fulfill my desires, I should not have known what to ask[,” Tolstoy said]. This is exactly the world of pointlessness activity portrayed in such staples of the contemporary American consciousness as television’s Cheers, Seinfeld, Friends, and Will and Grace.

In the course of events, however, Tolstoy became involved in the life of the Russian peasants…

Willard goes on to explain that the peasants hadn’t yet been affected by modernity and were still immersed in a culture with rich traditions of faith and community. They had ritual to tell them what to do all the way through life: christenings to celebrate birth, baptisms, fasts and feasts, weddings and even practices to deal with death. People still in touch with these traditions know what to do when hard times come. Most Americans’ lives are impoverished because we are enslaved to what our emotions tell us to do. We drift through life like the spirits in Dante’s circle of the Lustful.

Only 50 years ago, Willard comments, the “homemaker” and “wage-earner” lived life richly. (Willard and I are speaking generally, of course – we know not everyone was happy all the time! But they were probably more joyful than we are now – generally.) Willard again elucidates:

Individuals in their roles knew without thinking about it what to do with their minutes, hours, and days, and only rarely were faced with having to do what they “felt like doing.” The overall order in which they lived usually gave them great strength and inner freedom derived from their sense of place and direction, even in the midst of substantial suffering and frustration.

For us today, this adds up to lives led according to emotions without any cultivation of self-control. Our films constantly go back to the ’50’s and mock the very traditions and self-control that gave our grandparents and great-grandparents fullness (e.g. Pleasantville and Dead Poets Society). The heroes of these films are glamorized as they cast off societal restraints and follow their (wicked) hearts.

So what is the antidote? How are we to bring together the fragments of our disintegrated existence? First, it has to start on an individual basis. The city won’t change unless its citizens do. Don’t wait around for politicians! Second, and more to the point, we need to cultivate self-control through disciplining our lives. Even little routines like exercise, prayer and fasting can quickly fill our self-control reservoirs. Willard deftly describes self-control: “Self-control means that you, with steady hand, do what you don’t want to do when that is needed and do not do what you want to do (what you “feel like” doing) when that is needed.”