NextThe Morality of the Story
Marriage

Faced with declining social and political support for traditional marriage, conservative evangelicals have started wrestling with the possibility that the time has come to let go of their opposition to gay marriage.  It’s forever-ago in internet time, but I was asked to address the question last year at the evangelical Leadership Journal.  Somewhat more recently, the brilliant Tim Dalyrmple took up the question in his pointedly titled post “Is it time for evangelicals to stop opposing gay marriage?”  The discussion has only picked up steam since then.

For politically conservative Christians, it’s somewhat dispiriting that the question is even being asked. This isn’t the healthy, robust self-criticism of a flourishing movement. The question is oriented toward negotiating the terms of “surrender,” so to speak, on grounds that it will be the only way to keep a “seat at the table” long term.  If anything, that so many people are seriously considering such a strategy means that the evangelical pro-marriage movement is already over and now we’re all circling to preserve what scraps we can.

I understand the impulse, of course, to take up the inquiry. The demographic case for the future of marriage looks bleak.  Even while many people are still willing to tell a pollster they’ll support traditional marriage and even pull the lever in a voting booth for it, young people are clearly moving in a different direction.  Anxieties about marriage’s future are not groundless. 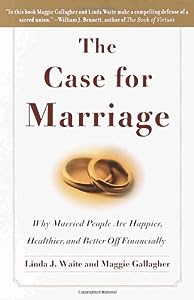 Even so, the question is one that I have no opinion on other than that it is the wrong question altogether. The way conservative evangelicals frame this moment will determine not only how we proceed in the future, but is determined by what we have done in the past.  And in that sense, the question of whether we should continue to defend traditional marriage signifies a fundamental weakness in the evangelical attitude about marriage and culture.

The Wrong Messages from the Right Parallel

Over the past few years, evangelical conservatives engaged in the public debate about marriage have pointed to the pro-life’s success in shifting attitudes for comfort. One of the best examples of this was my friends Andrew Walker and Ryan Anderson’s analysis at National Review.  Given that the public’s mindset has shifted on abortion, the argument goes, then we should learn its lessons and maintain a similar sort of optimistic resolve.

There is something to the point. Christians are never to be taken by either fatalism or despair; the course of history never did run smooth.  It is possible that what is celebrated in one generation is laughed at by the next. The falseness of fatalism that stands beneath the “wrong side of history” claim stands beneath the temptation to despair as well.

But it is important to learn the right lessons from the pro-life movement and on this point I am not convinced that we have. The differences between the issues are considerable. For one, the pro-life movement has been helped by the advent of ultrasound technologies, while the steady decoupling of sex and procreation by techniques like sperm donation and IVF have weakened the link between heterosesual marriage and biological childbirth. What’s more, Hollywood has by and large demonstrated something of an aversion to presenting abortion in a positive light—there seems to be some intuitive appeal to the idea that a mother keeping a child is a noble sacrifice and a better story—but on homosexuality has clearly taken a different approach.  And the “harm argument” by pro-lifers has a good deal more persuasive force than the somewhat more nebulous, further removed case of the marriage movement. “Babies are killed in the womb” is an easier claim to defend than the institutional erosion argument that marriage advocates must make.

Perhaps more importantly, though, from a political and social standpoint the central difference between the two is that the pro-life case has gone forward within a progressive social temperament while evangelicals have largely framed their support of marriage in terms of “defense” and “conservatism”—which Jon Shields points out in his excellent book The Democratic Virtues of the Christian Right. The pro-life movement is not attempting to protect an institution so much as subvert and replace one. They have developed networks of care and support for pregnant mothers to provide alternative means of support for those in danger of choosing abortion. And as Shields notes, many of their most effective grassroots efforts to persuade others have emphasized tone and presentation beside the effectiveness of their arguments.  Even the energy around the legal strategy has had a progressive bent:  the sense of disenfranchisement created by Roe versus Wade motivated activists to overturn the fundamental injustices within our legal code, rather than more deeply inscribing the status quo.[1]

On marriage, though, evangelicals have mostly thought in conservative and defensive terms.  When the marriage movement started, the immediate cause was undermining the no-fault divorce regime. The first book I read on marriage policy, Maggie Gallagher and Linda Waite’s influential The Case for Marriage, barely mentioned gay marriage. But when that question came to the forefront, the marriage movement seemed to lose its progressive edge.  Rather than replacing unjust laws, marriage advocates instead focused on further entrenching in American law the traditional definition of marriage while expanding the social benefits that go along with it. The law may be a tutor, but it is not strong enough to stitch back together a fraying social fabric.

Unless the pro-marriage movement takes on a progressive mentality and orients itself around pursuing social and legal changes rather than reinscribing and holding on to a particular order, then the pro-life parallel simply will not hold. It is difficult these days to win support for a position simply on grounds that it is true. The truth must be made urgent and, it seems, made clear over and against a sense of fundamental injustices.

Should evangelicals continue to defend traditional marriage?  The question, of course, presupposes that there is something there left to defend.  The institution of marriage may be stronger than advertised, but then that’s just the problem, isn’t it?  It’s stronger than advertised.  And in this case perception matters. As Rod Dreher pointed out last fall, once you reach the point where you have to make the arguments for marriage you’ve probably already lost.

In other words, evangelicals should have never taken a stance of defending traditional marriage over and against the forces that threatened it. Marriage needs no defense—if we will but live well within it than its reasons will be clear enough on their own. But it does need advancement, cultivation and care. Weeds that grow up from within must be rooted out.  The failure of evangelicals to do this in the past has hollowed out any “defense” we might give now. That much is well known.

Still, defense is the wrong mindset.  And it was always the wrong mindset. In the middle of a vibrant marriage culture, the fundamental principles, goods, and practices of marriage are handed down and inculcated through transmission. We can only have traditional marriage if marriages are properly traditioned, and the failure to form and educate the young with respect to the importance of a traditional Christian sexual ethic left them on their own when it came to navigating their relationships with the opposite sex.  Is it any wonder that those who had pseudo-marriages they called “relationships,” who chronically dated, and who had to find their own path through the courting phase are now in favor of inscribing such a preference-based mentality into the law?

The latest turn in our public discussion has been to focus on which arguments will be successful when presented in public (if any).  That is an important question, of course. We need more and better arguments for marriage, with all due respect to those who have come up with some already. Let a thousand rhetorical and argumentative flowers bloom, I say.  But we should also look to the pro-life movement for guidance on this point, as their arguments have been situated within an emphasis on building alternative institutions.  Their stance has been one of advancing a culture of life, not defending an existing order. And that means that the arguments have institutional backing (which makes them more powerful) and are always aimed at persuasion rather than demonstration. Insurgency and not defense, in other words, as Michael Brendan Dougherty once put it to me.  Marriage may have been a given once in our culture, a fundamental axiom which we were able to start from. But it is no longer, which means the change in rules means we have to change in tactics.  Because one crucial lesson of the pro-life movement is that social change begins when people are moved out of their complacency and when they have something to change.

What might all this mean practically?  For one, the renewal of alternative institutions of marriage within the churches is of paramount concern. There is no faster way to ensure that our public proclamations sound like a clanging gong than to make them without having internalized them ourselves. Publicly, conservatives should reconsider returning to the marriage movement’s roots: ending the no-fault divorce regime. It is true that there is no political or cultural will for that at the moment. But that is precisely the problem: as long as there is no political will around divorce than it seems like our main concern is keeping gay people out of marriage rather than restoring marriage itself. Prioritizing undermining no-fault divorce in our public efforts need not come at the expense of making the case for traditional marriage. But if we start with no-fault divorce, our arguments for traditional marriage may gain more credibility and support.

Such proposals are tentative, of course, and speculative. But as long as the rhetoric and disposition of “defense” continues to be the default for conservatives on marriage, our policy proposals and our public witness will lack the creative imagination that the pro-life community has been forced into developing by virtue of being a minority.  The sooner those of us who care about marriage learn that lesson, the better off we will be.

[1] “For instance, opponents of gay marriage are defending the status quo. And like the pro-choice movement, those that oppose gay marriage are not deeply invested in a massive campaign of moral suasion. In other Christian Right issue domains, there is simply nothing comparable to the varied organizational universe that exists in the pro-life movement.” –Jon Shields, The Democratic Virtues of the Christian Right, page 110.