The Risks of a Heart Awakened: Emotional Detachment and Les Miserables

Back in the late 1990s, I watched Saving Private Ryan in the theater. The opening sequence, with its intense depiction of the carnage of battle, captivated, disturbed, and moved me all at once. It was my understanding that this was not an uncommon response, but it was not the only possible response. Some apparently found the scene humorous. A handful of teenage viewers sitting a row or two in front of me (I should say that at the time I was not much older myself) found the sequence laughable, particularly the point at which a disoriented soldier bent down to pick up the arm that had been blown off his body. Think what one will of the filmic depiction of violence, laughter can hardly be thought appropriate. In fact, it would seem nearly barbarous.

A few years later, as I watched The Fellowship of the Ring, a similar thing happened. In the closing scene, Sam struggles out into the water to catch up with his friend Frodo who had thought it best to continue his quest alone. Sam nearly drowns in the process before Frodo pulls him up to safety on board his little boat. Sam then explains that he will not abandon his friend nor shrink in the face of whatever dangers lay ahead. Here, at this juncture, surprisingly incongruous laughter once more presented itself. It was slightly less egregious this time, perhaps, but, nonetheless, strikingly inappropriate. It was not long before I began to think of these two incidents together.

Why the laughter in each of these cases? I suspect that there are a number of entirely plausible explanations, and what follows may very well be overwrought analysis, but I concluded the laughter amounted to something like self-protective ironic detachment. Why laugh at moments such as these if not to undercut their emotional force? This dynamic is not unlike the urge most of us have felt to crack a joke when a conversation among friends takes an unanticipated turn toward the serious or poignant. It is a way of diffusing the emotionally treacherous implications of giving oneself over to the possibility that life is morally serious and consequential.

I came to this conclusion before ever reading about the advent of postmodern irony, that cool and sophisticated, sometimes world-weary stance of intellectuals for whom pre-modern and modern commitments to transcendent sources of meaning (and their immanentized would-be replacements) had become untenable. Among the ruins there was nothing to do but play. This is a widely diffused disposition, even among those who’ve never read a page of postmodern theory. It was inculcated by the structures and patterns of late 20th and early 21st century life. It manifests itself variously, most commonly in the inability to comfortably abide emotionally and morally freighted moments. 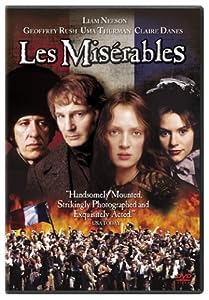 I’ve thought about all of this again as I came across some of the more dismissive reviews of the film, Les Miserables. It would not be fair to group these together indiscriminately, and more than a few valid criticisms are raised. It’s certainly true that the film was not a masterpiece. And yet I can’t help but wonder whether some of the criticism does not share in the spirit of the misplaced laughter I’d observed years earlier. Might there be a hint of resentment at having been brought dangerously near the edge of feeling again what had been assiduously suppressed by reflexively deployed irony or cynicism? Les Miserables, after all, threatens to awaken the most outlandish possibilities – of redemption, love, and justice rightly understood – and all of it bound inextricably to the story, language, and symbols of the Church. Written today, it might seem calculated to offend.

The posture of ironic detachment is not altogether unreasonable or necessarily callous. It is, as I mentioned earlier, a self-protective impulse. Better not to be caught believing in what will only disappoint, and profoundly so. It is the familiar stance of the jaded lover whose heart has been broken one time too many. It is safer to guard the heart by denying the possibility of love, than it is to continue hoping for it requital. The desire to love and be loved is natural; the jadedness is learned. And for reasons it would be tedious to enumerate, we have too often tended toward the posture of the jaded lover.

For such as these there must be nothing so disconcerting as the stirrings of a stubborn heart whose longings are awakened unexpectedly – like lovers betrayed at the mention of a name, in C.S. Lewis’ apt phrasing. To riff on Lewis again, we take our revenge on whatever threatens to penetrate our cool, imperturbable detachment by calling it sentimental, saccharine, melodramatic, or manipulative. By doing so, the distance is preserved and the threat averted. But such stirrings, once felt, can haunt the heart.

Returning once more to Victor Hugo’s story, the tragedy of Javert lies less in his unswerving devotion of the law than in his inability to put to dismiss an awakening to greater possibilities. He built his identity around a commitment to the law and a refusal to grant mercy and grace a place within his moral imagination, but then he was shown great mercy by Valjean who saves his life. Later, we see him take a medal from his uniform and place it on Gavroche’s dead body. Something greater than law has been stirred, possibilities hitherto suppressed. At the critical moment, he allows Valjean to escape so that he may carry Marius to safety. Javert shows mercy despite himself; he was not thorough enough in his suppressions. “My heart is stone, but still it trembles,” he sings, but he was also unwilling to suffer through the shattering of the self that would accompany complete surrender to this new reality. He was, Walk Percy might say, awakened to the possibility of the Search, but unwilling to undertake it. Unable to suppress the stirrings, but unable to surrender to them, he takes his life.

For those who have committed themselves to the path of suppression and detachment, it is imperative to keep the defenses up at all time. They must continue laughing at all the wrong things or sustaining a corrosive cynicism. By doing so, they do, in fact, protect themselves from the foolishness of passion and the pain of disappointment. (I say “they,” but it is, I suspect, very often “I” and “we.” Few of us are entirely immune from the spirit of the age.) But this comes at the unbearable cost of the stark impoverishment of human experience. Persistent cynicism and ironic detachment atrophy the soul and finally dehumanize the person.

Better to recall Irenaeus’ well known formula, “The glory of God is man fully alive, and the life of man is the vision of God.” That welling up of emotion we work so hard to contain, the moral seriousness we irreverently deflate, the desires we discount as childishness – each gestures toward the fullness of human experience. They are, to borrow Peter Berger’s phrasing, signals of transcendence to which our hearts are attuned almost in spite of themselves. There will be laughter, as Chesterton understood; joy is the “gigantic secret of the Christian.” But it is not finally the laughter of the cynic will endure. It will be the laughter the lover fully alive.

For more of our discussion on Les Miserables read Brett McCracken, Jason Hood, and Micah Snell.