NextContraception, the NAE, and what a Conversation Does
Reviews (Books)

A Summer Reading Guide for the Mere-O Reader

Editor’s note:  Few folks are in tune with recent publications like my friend Christopher Benson.  I invited him to survey some of the recent releases that might be of interest to Mere-O readers this summer.  Below are his recommendations.

A reader of Mere Orthodoxy is no common reader.

For many people the summer solstice is an excuse for taking a mental vacation, reading only that which will titillate (E. L. James’ Fifty Shades of Grey), provoke (David Limbaugh’s The Great Destroyer: Barack Obama’s War on the Republic), or amuse (Joan Rivers’ I Hate Everyone . . . Starting with Me). 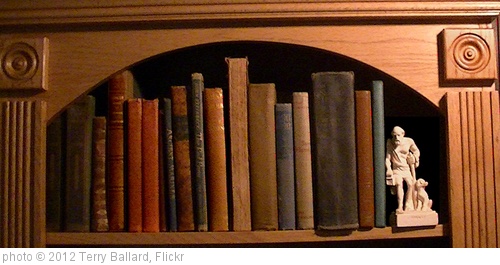 Where a beachside palapa invites the common reader to indulge a novel about a teenager’s abduction by vampires, the reader of Mere Orthodoxy reclines in his chaise lounge with a honeydew auga-fresca in one hand and a survey of biblical hermeneutics in the other.

His recondite taste in books may invite jest and puzzlement, but he cares little because, if we alter the ending of a well-known poem by Robert Frost, he has books to read and pages to go before he rests. Knowing this species of reader, of which I belong, I offer the following recommendations for summer reading. All of the titles below have been recently published.

The Art of Robert Frost
by Tim Kendall Yale,
April 2012

The information age has no room for poetry, a form of communication that seems impractical, slow, and abstruse. Our inattention to poetry starves the imagination. To realize what you are missing, pick up this superb volume that offers a critical study of Robert Frost and close readings of sixty-five poems from across his career.

From the publisher: “Tim Kendall offers a detailed account of each poem, enabling readers to follow the journey which Frost himself recognized in all great poetry: ‘It begins in delight and ends in wisdom.'” Why Frost? According to his biographer Jay Parini, his virtues as a poet are “a rough-hewn simplicity, an ear for dialect, a metaphysical edge.”

Making Peace with the Land:  God’s Call to Reconcile with Creation
by Fred Bahnson and Norman Wirzba
IVP, March 2012

Now that the ground has thawed from its winter freeze, roll up your sleeves and get dirty in the garden. As you spend more time outdoors, discover Jesus as Mary did near the empty tomb — a gardener who is restoring all creation to wholeness.

Written by an agriculturalist and a theologian, Barbara Brown Taylor says: “Here is a book for anyone who is ready to trade ecological despair for practical action, in the company of two men who know what it means to be ‘married to the land.'”  And don’t miss sometime Mere Orthodoxy contributor Jake Meador’s review of the book as well.

To temporarily loosen your American grip on the world, why not read the work that T. S. Eliot described as “the next greatest philosophical poem to the Divine Comedy” whose effect lies “in forgetting how to think and feel as an American or a European”?

Although Hindu thought was very different from his own Christian faith, Eliot claimed his poetry owed a significant debt to The Bhagavad Gita. Scholar A. David Moody notes: “He had not merely studied [the Hindu scriptures], but had passionately experienced them, so that they possessed him and penetrated to the realm below consciousness from which his poetry issued.”I first became acquainted with Charles Martin in his masterful translation of Ovid’s Metamorphoses, so I was excited to learn about this new translation of The Bhagavad Gita.

From the publisher: “This new verse translation of the classic Sanskrit text combines the skills of leading Hinduist Gavin Flood with the stylistic verve of award-winning poet and translator Charles Martin. The result is a living, vivid work that avoids dull pedantry and remains true to the extraordinarily influential original.”

The Face of God:  The Gifford Lectures
by Roger Scruton
Continuum, May 2012

There are a few contemporary authors that you should read no matter what they write about, such as Wendell Berry and David Bentley Hart. They are to be read not only for their content but also for their style. I would add Roger Scruton to the list. He is the leading conservative public intellectual today.

From the publisher: “Lord Gifford’s bequest was to sponsor lectures that would ‘promote and diffuse the knowledge of God.’ Scruton is not a member of any Church though he believes that man’s relation to God is the most important relation he has. Today God is widely rejected as incompatible with modern science but what do we lose when we lose that belief? The atheist, argues Scruton with great originality, proceeds by systematic acts of aggression against the Face — not the human face only, but the face of the world. Contemporary atheism is the desire to escape from the eye of judgement. You escape from the eye of judgement by blotting out the face — most assertively the Face of God.”

College:  What it Was, Is, and Should Be
by Andrew Delbanco
Princeton, March 2012

Every college student and certainly every college graduate should reflect on this fundamental question, “What is college?” In my own life, the books that have aided my reflections the most are John Henry Newman’s The Idea of a University, Jens Zimmermann & Norman Klassen’s The Passionate Intellect, Allan Bloom’s The Closing of the American Mind, George Marsden’s The Soul of the American University, Arthur Holmes’ The Idea of a Christian College, Nicholas Wolterstorff’s Educating for Shalom, and Martha Nussbaum’s Cultivating Humanity.

Andrew Delbanco’s new book deserves to be a part of this curriculum. Described by Richard Rorty as “one of America’s most acute and perceptive cultural critics,” Delbanco — a 2011 recipient of the National Humanities Medal — first enchanted me with The Real American Dream: A Meditation on Hopeand The Death of Satan: How Americans Have Lost Their Sense of Evil.

Part history, part philosophy, and part sociology, College upholds a transformative ideal of education for democracy, which is increasingly threatened by vocationalism and pragmatism.

As a philosophy student at Wheaton College, I never spent much time in the English Department. I regret not sitting in the classroom of Alan Jacobs, Roger Lundin, and Leland Ryken, arguably three of the most important Christian literary critics today.

When I was growing up I never participated in my church’s youth group because it seemed, well, youthful — and I aspired to grown-up spirituality. In catering to youth for the last 75 years, the American church has unwittingly turned into a cult of youth–or at least arrested its own development. Bergler shows “how this ‘juvenilization’ of churches has led to widespread spiritual immaturity, consumerism, and self-centeredness, popularizing a feel-good faith with neither intergenerational community nor theological literacy.  And don’t miss Bergler’s cover story for Christianity Today.

Honoring God in Red or Blue:  Approaching Politics with Humility, Grace, and Reason
by Amy E. Black
Moody, May 2012

If you are a political junkie like myself, you have already been following the presidential election of 2012 since the carnivalesque Republican primary season. As we approach November, you will not be able to escape Super PAC ads on television or political talk around the dinner table.

During the last presidential election, I sadly lost two friendships over politics— and I am not alone. The latest episode of incivility and polarization in the body politic was the Wisconsin recall vote for Gov. Scott Walker, where many friends and neighbors turned against each other as if the future of the future of the republic depended on a single election. If you are tempted to follow the taboo about not discussing politics in public, then let Amy Black be your guide to “a still more excellent way.”

Prior to the 2008 election, she offered a balanced approach with Beyond Left and Right: Helping Christians Make Sense of American Politics. Now she is back with another book in time for the 2012 election. Cynicism runs so deep among some conservatives that they think government should have little or no role in their lives. Black defends a well-functioning government according to the Bible and the U.S. Constitution.

Talking with Mormons:  An Invitation to Evangelicals
by Richard J. Mouw
Eerdmans, April 2012

During that carnivalesque Republican primary season, you may recall the controversial words of Robert Jeffress, pastor of the First Baptist Church of Dallas and supporter of Gov. Rick Perry’s presidential campaign, who told Republicans they should not vote for Mitt Romney because he belongs to a “cult” and “false religion.”

When I heard those indelicate remarks, I thought of the apostle James’ warning about that small but destructive member we call the tongue. As we face the possibility of the first Mormon in the White House, evangelicals could learn to bridle their tongues, lest they “curse people who are made in the likeness of God” (James 3:9). No one from our camp has taken more of an exemplary lead in the Mormon-evangelical dialogue than Richard Mouw.

From the publisher: “Advocating humility, patience, and a willingness to admit our own shortcomings, Mouw shows why it is necessary to move beyond stark denunciation to a dialogue that allows both parties to express differences and explore common ground. Without papering over significantly divergent perspectives on important issues like the role of prophecy, the nature of God, and the creeds, Mouw points to areas in which Mormon-evangelical dialogue evidences hope for the future. In so doing, he not only informs readers but also models respectful evangelical debate.”