NextNew Year, New You, If Only: Reflections On Old Resolutions
Christian Life

I thought I’d add my own literary contribution to our reflections on New Year’s resolutions.  Where Cate drops Harry Potter, I bring some George MacDonald.  Read on.

‘Tis the season for the hasty making of resolutions, and the even hastier breaking of them.

Critiques of resolutions are legion among Christian writers, as are the corresponding suggested alternatives.  Some of them are very good, like Paul Tripp’s beautiful suggestion to trade a single big resolution for 10,000 little one’s. 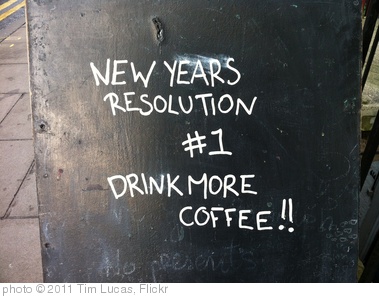 Yet in critiquing resolutions, we ought avoid the sinful triumphalism that tends to come out when other people fail to live up to their own standards.  Broken resolutions (and the inevitability of such) are not opportunities to gleefully say “We told you so,” but rather moments of tragic brokenness and vice wherein we are confronted by our weakness of will.

And therein lies the beauty of resolutions:  they remind us of the virtue of resolve.  When oriented in the right direction, it can be a mark of nobility, a sign that we have transcended the lower impulses and reached a plane of virtue that very few of us reach.

After all, repentance is a sort of resolution.  It is not merely a turning from, but an embracing, an acknowledgment that life must have a definition and shape that is not simply determined by the moment and its gratifications.   No one gets there outside the grace of the Holy Spirit, which is not a minor qualification (or even a qualification at all, really).  But still, we ought not be any more double minded when praying for the perfection of will than we are for anything else.

The reflections were prompted by George MacDonald, from his novel Robert Falconer:

My reader must understand that Andrew Falconer had never been a man of resolution.  He had been willful and headstrong; and these qualities, in children especially, are often mistaken for resolution, and generally go under the name of strength of will.

There never was a greater mistake.  The mistake, indeed, is only excusable from the fact that extremes met, and that this disposition is so opposite to the other, that it looks to the careless eye most like it.

He never resisted his own impulses, or the enticements of evil companions.  Kept within certain bounds at home, after he had begun to go wrong, by the weight of opinion, he rushed into all excesses when abroad on business, till at length the vessel of his fortune went to pieces, and he was a waif on the waters of the world.

But in feeling he had never been vulgar, however much in action.  There was a feeble good in him that had in part been protected by his own feebleness.  He could not sin so much against it as if it had been strong.  For many years he had fits of shame, and of grief without repentance; for repentance is the active, the divine part¾the turning again; but taking more steadily to strong drink and opium, he was at the time when De Fleur found him only the dull ghost of Andrew Falconer walking in a dream of its lost carcass.

We are addicted to New Year’s resolutions precisely because we are captive to the moment, and as such any inner compunction to look to our future only rises up when the arbitrary newness of the calendar year forces it upon us.  But inasmuch as they remind us of the difference between our lives now and the way they ought to be, New Year resolutions are echoes of grace, calling us to seek a higher life while reminding us of our inability to find it on our own.