NextControversy and Interpretation: A Review of *Biblical Womanhood*
Current Politics

The Meaning of the 2012 Election

Last night’s election is going to be dissected for a long time to come.  Gay marriage passed at the ballot box for the first time, marijuana was legalized in two states, and Republicans generally got it handed to them.  Mitt Romney gave some brief, but very classy remarks in defeat, while President Obama managed to remind us of one major reason why he’s a political force to begin with.  His speech was one of the best I’ve heard from him, and maybe one of the most eloquent in recent memory, period.

I’ll have a few thoughts later on disagreement in politics over at Q, which I encourage you to read.  But I wanted to add a few hasty reflections that didn’t quite fit there about the meaning of last night’s elections.

How bad was this for social conservatives?

Conservatives have been arguing for quite some time that they had more marriage support than polls and media coverage indicated, and they pointed to the polls to do it.  That narrative is now dead.  Whatever else we make of gay marriage, it seems clear that (along with marijuana use) it is slowly becoming the law of the land.

That means that there’s going to be on socially conservative voters to switch our public positions because they don’t get enough votes.  And I understand why.  But the paradox is that we just nominated a man who many people distrusted for being  politically unprincipled (his principles elsewhere having been clearly demonstrated to be admirable) and socially moderate, and look how that went.  A Republican party that shifts on an issue like marriage to pick up votes will win no more trust from the electorate than it had before.  Trust is formed when politicians are able to make their case effectively and cheerfully, and from a strong sense of conviction.  The failure of the political leadership to do that on social conservative issues is more a problem than the issues themselves.

One more point on this:  we’ve heard plenty about the demise of the Religious Right and the subsequent end of the culture wars.  I’m not sure about the former yet—I’d have to look at exit poll breakdowns to see how young evangelicals voted—but the latter turns out to be utterly false.  Ross Douthat pointed out the President’s social issues strategy very early on, only unlike before it went the President’s way.  Social issues became more important, not less, and conservatives now face the very real possibility that their core concerns no longer resonate with the majority of people in this country.  Nor will they, I suspect, going forward either.  See Matthew Schmitz for more, whose points I agree with wholeheartedly. 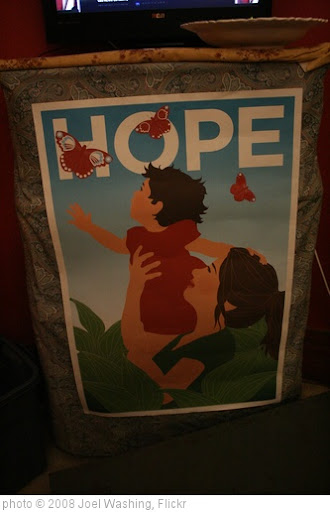 There is going to be a lot of talk about how Republicans need to reach the Hispanic community.  That’s true, but again, how they do so is massively important.  And here, they should learn from how they “reached” the socially conservative community.  It is possible to shift the rhetoric and make the appeals in such a way that a community’s core concerns and issues are listened to, but not understood or properly integrated into a platform.  Social conservatives went along with that, and have remained on the edges of the Republican party leadership for it.  For all the successes, social conservative candidates have been pretty atrocious—and almost universally rejected by the party leadership.  And now that social conservative issues (marriage) is on the outs, they’re about to be told to take a back seat again.

That sort of outreach is little more than pandering—and I don’t think it will work with Hispanics, who already have a comfortable home (evangelicals, remember, were somewhat adrift before Reagan).  And ironically, if social issues took on a greater importance, it might help Republicans with Hispanics.  They are much more inclined, for instance, to make abortion illegal than the black community is.  In other words, the outreach to Hispanics cannot be outreach at all.  It must be an authentic, serious attempt to listen and think through conservative issues with Hispanic voters.

One other point:  it’s interesting how single people overwhelmingly voted for Obama.  I don’t quite know what to make of that.  One possibility is that the reason has more to do with youth than with singleness.  However, it is also possible that a weakening marriage culture gives the case for Republican issues less resonance.  It’s hard to be the party that thinks family is the foundation of liberty when people aren’t having them.  That has given my conservative friends hope—it’s common for me to hear that when they marry and settle down, they’ll eventually learn.  However, they’ll have much longer to get comfortable with their outlook and political affiliations, which makes me doubt that fact a lot.

The real soul-searching that should happen is in the conservative punditry world.  I saw countless tweets and updates that proved, in retrospect, astonishingly optimistic.  The war against the polls turned out to be utterly, ridiculously wrong.  Erick Erickson at Redstate defended the polls and was pilloried for it.  But now that it’s all shaken out, it turns out that the objecting and questioning was nothing more than false consolations.  The fact is, conservatives have spent a lot of their media time talking to their own.  I’m generally a fan of some parts of talk radio—I like Hugh Hewitt and Dennis Prager, for instance, though I don’t listen much anymore.  But the silo is really a problem, as if anything conservatives need to learn better how to make their case when people don’t agree.

Four years ago, I proposed a cheerful conservatism.  I haven’t always been the best representative of that, but it’s an ideal to which I’d like to aspire.   It’s not going to be an easy season for social conservatives, especially for those who are younger.  The pressures from the most natural party for us, from our peers, and from the media to switch and soften positions are going to be very strong.  And as people no longer share or understand our first principles, our ability to make our case in public is going to be much harder.

But none of this is reason for discouragement.  Or if it is, it is also a reason for hope, that virtue which Chesterton aptly said arises when the situation is hopeless.  Or take this bit from Tolkien, which was going around the social networks last night:

‎”I am a Christian…so that I do not expect ‘history’ to be anything but a ‘long defeat’ — though it contains (and in a legend may contain more clearly and movingly) some samples or glimpses of final victory.”

It’s hard to find a posture that is more fitting.  We need not worry about being the party out of power.  If anything, we should get used to it.  The challenge is becoming the sort of people whose witness endures beyond our own generation, and making the sort of case in public that can have an impact long after we are dead.  We need, Alan Jacobs said recently, a modern day Augustine.  I have often thought the same thing.  But it was not at the height of Roman glory that Augustine wrote, but its decline.  Just as it was at the beginning of the decline that Plato and Aristotle wrote.  The victories in this life will be few.  But that means that our efforts must not be aimed toward them, but toward that—and Him—which will outlast our political orders and outlast us all.