A Loving Father and Difficult Gifts

“Ask, and it will be given to you; seek, and you will find; knock, and it will be opened to you. For everyone who asks receives, and the one who seeks finds, and to the one who knocks it will be opened.Or which one of you, if his son asks him for bread, will give him a stone? Or if he asks for a fish, will give him a serpent? If you then, who are evil, know how to give good gifts to your children, how much more will your Father who is in heaven give good things to those who ask him!” — Matthew 7:7-11

The power of this passage is the very perversity of the image it draws. How strangely cruel would a man have to be to give a destructive non sequitur instead of life-giving food? “Ha! That isn’t a rock-hard crust on that bread; it’s a ROCK!”

But I think Jesus means to press us into a corner here. He is encouraging us to pray, to seek from God what we need and to trust his provision. Trusting in the Father’s provision is one of Jesus’ great themes. It is why he has just called our attention to the birds and the lilies, and commands us not to worry about how our needs will be met. But this passage comes in the same discourse in which Jesus promises his followers great suffering and grief. Far from being an overlooked reality that undermines Jesus’ point in the passage, I suspect Jesus intends to push us into the tension between the promise of God’s goodness and the rocky and snakish things he sends our way.

God can seem alien to us at times, even cruel. His understanding exceeds our own far more than a human father’s exceeds that of the youngest child. His ways are infinitely more unsearchable than that of a dad who holds his kid down to receive a shot. Indeed, we would know hardly a thing about God unless he revealed it to us. 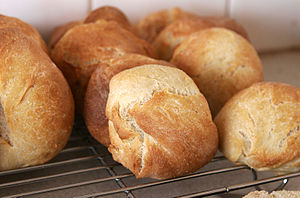 So sometimes, it is hard to see the goodness in what Cowper described as “a frowning Providence.” And yet, a key part of God’s self-revelation is that he watches his people, neither slumbering nor sleeping. Like a nesting hen, sheltering the hatchlings. He is a loving Father who gives good gifts. And yet the world is full of snakes.

This difficulty is made worse when we just don’t understand what is happening. When friends and family suffer. When natural goods, rightly desired, are placed out of reach. When we see that one of the greatest impediments to our flourishing is staring at us in the mirror. It is hard to see how a loving Father can be watching over all of that.

Instead, it is easy to covet, easy to resent. It is easy to say that it is all wrong, and should not be happening. Not in the sense of, “it is a fallen world and I long for paradise,” but in the sense of “what kind of God could allow this?” Or to wonder if our concerns are too small for God to notice. For the Christian, that attitude is doubly false, since Jesus Christ himself, “a man of sorrows and acquainted with grief,” says that God pays mind even to the fall of a sparrow.

And yet, there is an odd thing about invoking God’s providence in difficult times. It is a classic piece of bad comforting to simply tell someone, “God is in control.” Even so, recognizing, resting in, and/or wrestling with God’s control over circumstances can be a powerful form of reassurance. Why the disconnect?

I think it is because the trite statement is a shortcut. In some ways, it merely restates part of the presenting problem. How is this bread and not a stone? Too easily, it skips all the messy business of “rejoice with those who are rejoicing, mourn with those who are mourning.” It skips straight to the pithy takeaway and moves on.

Part of the answer is that we live in a sinful and fallen world. The restoration of all things is not here yet. All accounts will be settled, but we have at best a foretaste of that reality. Some of our suffering comes from our own bad decisions, or from our own weakness and limitation. And much more comes with living in a world that is systemically corrupted and distorted by sin and the curse that it brought.

But short of blind, questionably pious, fideistic leaps, how can we trust that God does work all things for good, for those who love him? In part, because of that very apostolic word I have just paraphrased.

In larger part, because in the whole sweep of Scripture we see, again and again, God’s way of using bewildering events, evil deeds, and questionable human motives to advance his good and graceful plan for history. It is easier to name the major, storied heroes of the Bible who weren’t born to grieving, childless parents. God used wicked nations to chastise and purify his people. In short, we see the beginning and middle of God’s story of the world, with hints and previews of the story’s end and the glorious sequel to come.

But more fundamentally, we can trust the Father because the Father sent the Son. God is no longer simply a distant, alien presence, unsearchable and unknowable. God became one of us. The Son of God suffered scorn and loss and frustration. He even, at the critical moment, wrestled with the Father’s will. And submitted to death, a death he had the power to prevent and the love to endure. He stared down an unjust and horrible death, foreseeing it as God and quivering before it as a man, and said, “not my will, but Yours be done.” For his ultimate glorification, and to ransom us as his prize. To give us the gift of the Holy Spirit, who Jesus called an even greater comforter than himself! And on the last day, to raise us back to glorious life in a renewed world.

And so we can trust, because God claimed the worst portion. We can cry desperately like the Psalmists, we can wrestle like Jacob, we can weep like Jeremiah, but trust as Jesus did. Trust in a good Father, even if we cannot understand what gifts we are being given, or why.

Because God is a loving Father, and even his difficult gifts are perfect.