Diary of a Country Priest

While things are still a bit of a free for all and we’re still sort of hammering down the “vision” of this blog I thought I’d throw out a recommendation. I know most of the members on this blog (who I assume are the only people reading it at this time) aren’t real big movie guys, but if you have 2 hours to invest in a brilliant, deeply christian piece of art that is well respected by filmmakers across the board, I suggest Robert Bresson’s “The Diary Of A Country Priest”. 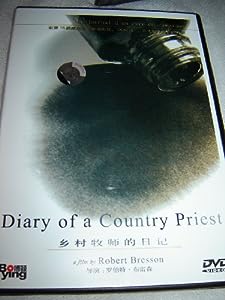 Bresson’s “Diary” may be a little harder viewing if you’re only used to watching American films made after 1970. It is very european in terms of aesthetic and pace, but I don’t think it’s so foreign that it would be inpenetrable. If you have thriven through 4 years of Torrey you can do it. (yes that is the past imperfect conjugation of “to thrive”…. I don’t care if it’s real).

So, if you have 2 hours to devote to spiritual filmmaking at its best, give it a run. I’d love to hear your thoughts.